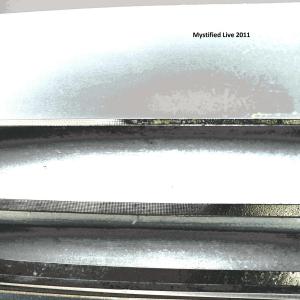 Ethereal Live is happy to release number seven in the series with ambient maestro, Mystified. Also known as Thomas Park and Mister Vapor, Mystified is a prolific artist on the contemporary ambient scene with innumerable releases including collaborations with Rapoon, and an album mastered by Robert Rich. His music can be heard all over the ambient, experimental, and even industrial stations around the globe.

We are very excited to release this rare live performance of Mystified, known largely for his stunning studio compositions. To our knowledge, there is only one other live set ever released by Mystified. This will make the second.

Live 2011 is a dense voyage of dark drones that frequently bump into elements of noise and industrial sounds throughout the set. This is an intense piece of music. The release is one long-form track that clocks in at 24:37 and ventures through a river of caustic opposites that tug back and forth in a continual tension and release of dark ambient edgy drones. Instrumentation for this set used no synthesizers, only some prepared sounds that were heavily processed.

Available at Ethereal Live in 24-bit flac, ogg, and mp3 to Listen or download free under a Creative Commons license CC BY-NC-ND. 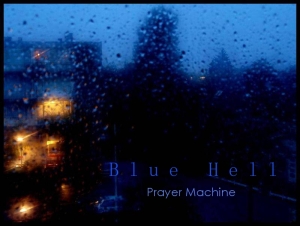 Ethereal Live is proud to announce the sixth release in the series with our good friend and longtime collaborator, Blue Hell. Many in the Nord G2 community know Blue Hell as one of the world’s masters of the instrument, both aesthically and technically. He is also the adminstrator of the official Nord G2 forum at electro-music.com. Apart from his talented enigmatic musicial works, he is also a gifted computer programmer. This is likely why the Nord modular G2 works so flawlessly in his hands.

Blue Hell has been making experimental, ambient, electronic, and electro-acoustic music for several decades and is an avid live performer, mostly through streaming internet performances. He uses the Nord G2 digital modular gear to create generative soundscapes that he then lightly interacts with by often adding other instruments or changing the parameters of the generative noodles in real time. For this performance, Blue Hell used three Nord G2 machines, all interacting with each other and modulating over time in conjunction with his own sounds and settings.

This set was recorded live by Shane Morris via the internet on December 21st, 2009 at electro-music.com/radio. This recording is exactly what the streaming audience heard with no changes or additions to the audio except for normalization of the recording.

Encompassing ambient, drone, experimental, and minimal styles, “Prayer Machine” floats over the listener like a cool autumn breeze. “Prayer Machine” will put the listener into a trance within just moments of hitting play, but not too deeply so that most of your cognitive functions are still intact. This is a beautifully contemplative album for relaxing, meditating, reading, sleeping, or just about any activity. Characterized by it’s soft and smooth sounds that bounce around the aural spectrum, this live set shows true mastery of subtle dynamics and tonality not always seen in long-form ambient or electronic music. Clocking in at 1:48:35, this is truly an immersive long-form release to loose yourself in.

Ethereal Live is proud to release [EL006] Blue Hell – Prayer Machine as a free download.Unfortunately, this set is only available in 128k mp3, as that was how it was streamed and recorded. However, despite this limitation, I think you will find the audio quality to be quite good and well worthy of listening. 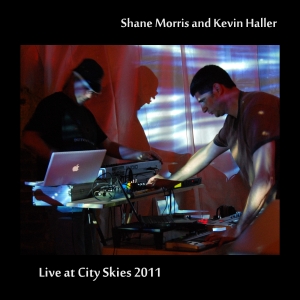 Ethereal Live is happy to release this live set of music from first-time duo Shane Morris and Kevin Haller. Shane Morris, owner of Ethereal Live, and Kevin Haller, aka “Burning Artist(s) Sale”, spent the weekend of April 29th and 30th making music for the 4th annual City Skies festival in Decatur, Ga., at Kavarna. As a guest at Kevin’s home, the two musicians took turns playing in each others musical projects over the weekend. On Friday the 29th, Shane joined Kevin and fellow percussionist, Klimchak, for a wonderful set of improvised music as “Burning Artist(s) Sale”. The next day, Saturday the 30th, Kevin joined Shane for a set of dark ambient meets electronic experimentalism, which is the release we have here today.

Recorded live by host and sound engineer of City Skies, Jim Combs, these four tracks take listeners on a genre-bending trek of ambient, electronica, drone, minimalism, and space music sounds, with a touch of experimentalism thrown in for good measure. “Live at City Skies 2011” is a swirl of textures and harmonies that often beacon through darker atmospheres that are continually undermined by subtle poly-rhythmic electronic grooves that undulate around the listeners field. It is also of interest to note that this performance was entirely improvised with no discussion of the music or its’ direction beforehand. Augmenting this performance at City Skies 2011 was visual artist Michael O’Bannon who was also improvising incredible computer-generated visuals and lighting with the music to a stunning degree.

Originally a long form continuous set that measured 45 minutes, “Live at City Skies 2011” has been edited into four tracks and mastered for an equalized listening experience that highlight the concert event. No additional music, mixing, or effects were applied to this album. Apart from the tracks being separated and mastered, this album is exactly what the audience at Kavarna heard the evening of April 30th, 2011

I invite you all to listen and download Ethereal Live’s fifth venture, “Live at City Skies 2011” by Shane Morris and Kevin Haller, released on Creative Commons license CC BY/NC/ND for free listening and download. 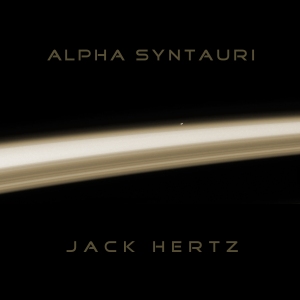 Ethereal Live is happy to announce our fourth installment on the netlabel with our friend Jack Hertz. Jack is a long time electronic and ambient musician from the San Francisco Bay area that has been making music in these genres since the 1980’s. Jack is a prolific recording and performing artist, owner and operator of SynthMe blog, and host of theinternet radio show, “Time Drone”.

We are quite pleased to release Jack’s “Alpha Syntauri” at Ethereal Live. This marks our first planeterium gig to be archived on the netlabel. Even more notable, Jack played this set 20 years ago, but the music does not suffer from the long shelf life of this recording. Jack performed this concert at the Montgomery College Planetarium in Silver Spring, Maryland on May 25, 1991. Alpha Syntauri is quite a blend of sounds, and easily could have just been recorded just yesterday. For this album, Jack used a Yamaha DX7IIFD with E! and Lexicon LXP5 and recorded live directly to DAT.

Listeners should expect to hear elements of ambient soundscapes, space music, drone, and experimental sounds throughout this release. “Alpha Syntauri” tends to modulate between the introspective and meditative to engaging experimental etherealism quite effortlessly, where the listener may not even perceive the changes if not paying full attention. Jack does a superb job of taking the listener on a voyage to our nearest binary star, with lots of interesting and exploratory detours along the way. A must for any space fan.